President-elect Donald Trump’s election win moves Apple, Pfizer, Microsoft and other big U.S. corporations much closer than they have been in years to winning a big tax break on approximately $2.6 trillion in foreign profits.

U.S. corporations are taxed on a worldwide basis, meaning that they’re generally taxed on income that’s earned within and outside of the U.S. subject to certain exceptions; income earned outside the U.S. isn’t subject to U.S. tax until it’s brought back to the United States — in other words, until it’s repatriated. At that point, it’s included in the corporation’s gross income. To mitigate double taxation, U.S. corporations may elect to either deduct or claim a foreign tax credit for the foreign income taxes that were paid or accrued on the foreign earnings.

Most developed countries, on the other hand, have adopted a territorial tax system. Such countries generally only tax income derived from sources within their borders.

In an effort to stimulate the U.S. economy by triggering the repatriation of foreign earnings that otherwise likely would have remained abroad, Congress enacted a provision in the tax code in 2004 that let U.S. companies repatriate earnings at a reduced tax rate if they met several conditions. Specifically, they could elect, for one tax year, an 85% dividends received deduction for eligible dividends from their foreign subsidiaries.

There wasn’t an intent to make the holiday permanent, extend it, or enact it again in the future. Some reports on the 2004 measure have been largely critical of its overall effectiveness. In particular, critics question:

There have been subsequent proposals for similar repatriation holidays or other tax measures to minimize the impact of repatriating overseas funds, often floated as a way to jumpstart economic growth in the U.S.

Tax reform is likely to be among the most fruitful areas for cooperation between President-elect Trump and his fellow Republicans. Trump and congressional Republicans have separate, but similar, tax reform plans. Both would slash tax rates on businesses, simplify and cut individual taxes, and let companies bring overseas profits into the country at a low tax rate.

The plan envisioned in the House of Representatives, which Speaker Paul Ryan (R-WI)  and other leading Republicans promoted throughout the campaign, would:

Trump is calling for a steeper corporate tax rate cut to 15%, and he has proposed a 10% tax rate for repatriated overseas profits held in cash, payable over a decade.

Trump and Ryan would still need to agree on how to pay for lower corporate tax rates and on whether U.S.-based multinationals should pay U.S. taxes on future foreign profits.

Some are optimistic that those differences can be overcome. “In the end, there are no differences that can’t be solved on the tax issue,” said Representative Tom Cole (R-OK). They would also need support for tax reform from Democrats if they intend to present the package as a benefit for the country as a whole, analysts say.

Such proposals have stumbled before on Democrats’ objections that they are corporate giveaways, and on Republicans’ insistence that they be paired with a cut in the corporate income tax rate. Democrats could still block legislation from reaching the floor of the Senate, which requires a supermajority of 60 votes to advance a measure, but there are procedural maneuvers Republicans could use to bypass them.

The one-time surge in revenue that would result from repatriation could help fund another cornerstone of Trump’s campaign platform — a pledge to boost the economy through big investments in U.S. highways, roads, bridges, airports and seaports. Infrastructure spending was not a campaign priority for congressional Republicans, but a new job-creating program could appeal to Democrats and be valuable to lawmakers in the 2018 midterm elections.

Within the first 100 days after his inauguration, President-elect Trump plans to introduce various tax reforms to Congress. It’s uncertain which of these proposals will be made into law — or when the changes might go into effect. But, with Republicans retaining control of both chambers of Congress, some sort of overhaul of the U.S. tax code is likely. 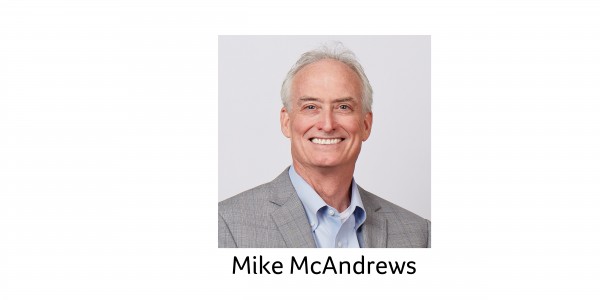