For the first time in over 30 years, Congress has approved and the President has signed into law a massive tax reform package not seen since 1986. The enactment of the law officially known as “An Act to provide for reconciliation pursuant to titles II and V of the concurrent resolution on the budget for fiscal year 2018” (which we will simply call the new Tax Act), has far-reaching consequences to almost every taxpaying individual and business entity.

Our goal here at Abbott Stringham and Lynch is to provide our clients and friends with the tools and information you need to successfully navigate the “simplified” tax laws so that you can operate your business and organize your personal affairs in order to pay the least amount of tax required by law. To that end, we have organized a series of tax webinars to discuss tax reform legislation and provide observations on key provisions of the Act as they relate to individuals, estates, corporations and pass-through entities (S corporations and partnerships). END_OF_DOCUMENT_TOKEN_TO_BE_REPLACED

For many years San Jose required residential landlords with rentals within the city to pay an annual Business (License) Tax. A license was required if the landlord owned three or more residential rentals. In March, 2016 voters passed Measure G which “modernized” the city’s Business License rules effective July 1, 2017. The exception for property owners holding one or two residential rental properties was eliminated. As a result all taxpayer’s owning residential rental property within San Jose must register for and pay the $195 San Jose Business License Tax. Registration under measure G was required prior to September 30, 2017 but the City has extended the deadline until December 15th. The City will waive penalties and interest if property owners register and pay their Business License Tax prior to December 15th. Registration and payment can be made on-line at:
http://www.sanjoseca.gov/index.aspx?NID=5599

On Friday, December 18, 2015, a number of expired tax provisions were extended as part of the spending bill, the Consolidated Appropriations Act, 2016.

Cash Flow – The Ins And Outs

During last December’s AICPA National Construction and Real Estate Industries Conference, I attended a break-out session discussing cash flow for contractors. It was outstanding! How often does one talk about how vital cash flow is to the construction business? The phrase “Cash is King” cannot be more important for contractors.

As we reach the end of 2013, revisiting the Qualified Small Business Stock (QSBS) provisions under both federal and California tax law should be a top priority. For federal purposes, a significantly advantageous provision is set to expire on December 31. Earlier in 2013 passage of the American Taxpayer Relief Act of 2012 extended the favorable gain exclusion provisions for QSBS retroactively through the end of 2013 for regular and alternative minimum tax purposes.

You can also download a copy of the slides ASL Principal Pam Hedblad is speaking to in this presentation for your future reference.

Building a Brand for Your Emerging Business 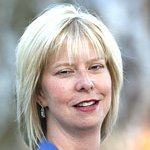 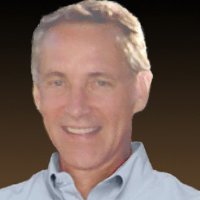 Jennifer LeBlanc, CEO and Founder, Think Results and Kevin Heney, Brand and Identity Consultant, HeneyBrand, spoke at the ASL’s Emerging Business Group’s best practices seminar on, “Building a Brand for Your Emerging Business”.  Please take a pit stop, and get the key points of their presentation.

This tax season was marked by increased IRS scrutiny of 1099 compliance, according to Abbott, Stringham & Lynch Tax Manager Jonathan Laddy, and it is “a trend likely to continue.”  Laddy says, “The hidden costs of non-compliance can be significant, but there are steps your company can take now to reduce your risk.”